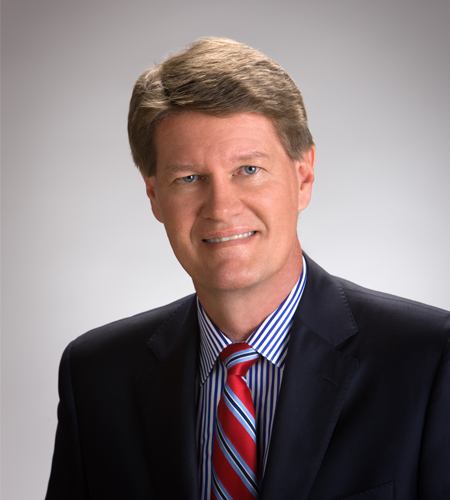 As founder of The Nielsen Law Firm, P.C., Eric D. Nielsen is committed to representing injured people in Houston and across the state of Texas. Eric focuses his practice on personal injury cases that involve the following matters: wrongful death, paralysis, traumatic brain injuries, amputations, burns, electric shocks, fractures, surgeries, and herniated spinal discs. These kinds of injuries are often caused by motor vehicle collisions including 18-wheeler and drunk driver collisions, on the job injuries such as falls or injuries caused by defective machines or the negligence of co-employees, inflatable “bounce house” injuries, swimming pool or water park injuries, and injuries caused by premises defects in businesses, churches or homes. Eric represents adults and a large number of children.

For more than 30 years, Eric has been fighting passionately for injured people. Eric knows the challenges injured people face as they try to recover from an act of negligence. Eric takes the time to understand a client’s goals for the client’s case.

A fierce advocate for his clients in the courtroom, Eric has a proven track record of securing favorable verdicts and settlements for his clients. As a result of his achievements, he has earned the highest possible rating of “AV Preeminent**” for more than 20 years from Martindale-Hubbell and a “Superb” rating from Avvo. Eric is Board Certified in Personal Injury Trial Law by the Texas Board of Legal Specialization and has been continuously since 1991.

* “Chancellors, established in 1912, is the highest honorary society of the University of Texas Law School. Each fall and spring eight students who are not already members are selected. The members are the students who, after completing forty-two semester hours, have the highest scholastic average. The various offices of the Chancellors, in order of scholastic standing and rank are, Grand Chancellor, Vice Chancellor, Clerk, Keeper of the Peregrinus, and Chancellors-at-Large.” — 1982 Peregrinus)

100% of Practice Devoted to Litigation